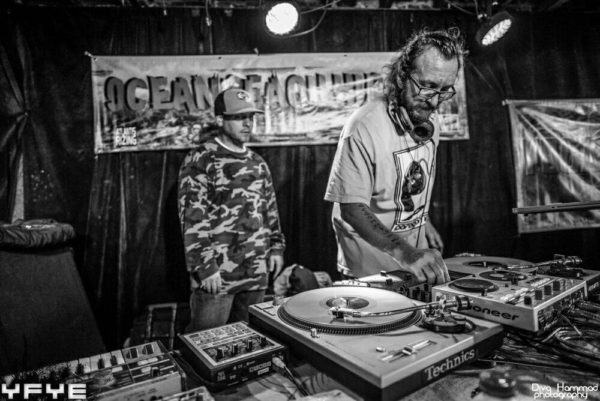 James Deans, aka, Destructo Bunny, moved to Southern Oregon in October. Back in Ocean Beach, California, where he’d come from, there was a thriving hip hop scene, and Deans was a big part of it. He’d run the Ocean Beach Hip Hop Social for five years, a multi-discipline gathering of talent that had hosted acts as big as KRS One, and Chali-2na.

But like so many Jefferson State newbs, he quickly realized that while on paper Southern Oregon had all the ingredients needed for the same sort of thriving scene, it lacked the necessary cohesion.

So he decided to follow the same model he’d used in So-Cal, and launched the Southern Oregon Hip Hop Social, a monthly event that will debut on Sat., February 24 at The Phoenix Clubhouse, and feature DJing, emceeing, live graffiti, breakdancing, beatboxing, and more. Nine emcees are scheduled to appear on the bill, and an open freestyle session will take the stage when they’re finished.

Deans says that the goal isn’t to put on a show, but to create a community, to bring together talent from the various elements that make up hip hop culture and see what they can come up with as a hive.

“The goal is to get more people doing shorter sets,” Deans says. “Get the different styles together to mix minds and collaborate.”

To ensure that happens, Deans enlisted the help of Tucker Johnson, aka, Myrrhlin, a long-time local member of Southern Oregon’s hip hop community, who helped recruit and build the bill, and who will serve as the evening’s host.

“I reached out to Tucker because he knows who to get involved,” says Deans. “You have to respect the hip hop hierarchy, who’s been in the game for awhile.”

Johnson is a self-described dabbler.

“I’ve been able to network the living crap out of Southern Oregon,” he says. “The hardest part, is finding people that actually breakdance in Southern Oregon.”

Johnson says that the young and old are coming together in the lineup, which should serve as a good cross-cultural reference for those deeply embedded in any of hip hop’s myriad microcultures.

Both Johnson and Deans feel the Phoenix Clubhouse is the ideal environment for the event, both in the ballroom and parking lot style of the facilities, and because its lack of alcohol service means that the beats really can go on and on until the break of dawn.

“Ashland used to be a great mecca for hip hop,” says Johnson. “But that’ changing, and the Phoenix Clubhouse is now the phoenix rising from the ashes of Ashland.”

And that phoenix may fly high and far. Johnson and Deans say the social is already planned out for the next year, with everything from larger touring acts, to expanded community building exercises.

“What we’re going to be doing in the coming months is workshops,” says Johnson. “I’m heavy on writing, and we’re going to teach kids how to do graffiti, kids that want to learn about the four elements of hip hop.”

Johnson says the social format is the ideal means to get Southern Oregon’s hip hop scene to be included on the Interstate 5 pipeline because the social element brings together elements from different isolated islands of culture to ecognize and realize what Southern Oregon has to offer as a whole.

“Hip hop here is outnumbered,” says Johnson. “It’s not like L.A., where everybody’s rapping. You’re either really into it, or you’re not into it at all. … We’re going to get away from the stereotypical shows that have been happening, and bring a better light to the show. There’s been a dark age, where you’ve been a part or not. We’re trying to unite the whole.”