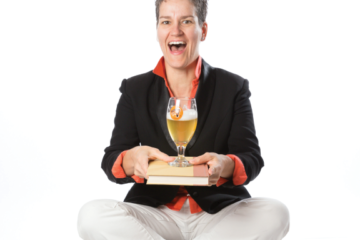 More Than the Beer Cave: Ginger Johnson Releases First Book- How to Market Beer to Women

Melissa Haskin / October 20, 2016 / 1
Ginger Johnson starts her day by making breakfast and walking her eight-and-a-half-year-old lab, Hops. “After that, all bets are off,” she says. The Talent resident runs her own business, Women Enjoying Beer (WEB). Her days aren’t typical, she says; anything from giving a Ted Talk to presenting at a restaurant

More Than the Beer Cave: Ginger Johnson Releases First Book- How to Market Beer to Women