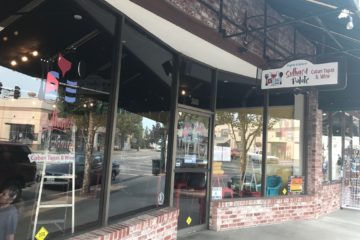 Melissa Haskin / September 13, 2017 / 1
This spring and summer, some kind of restaurant Miracle-Grow sprinkled itself on Grants Pass. The city got a full-service Indian restaurant and just about every block downtown became home to new digs including a pizza joint, an Asian tapas restaurant, a bistro and more. So, what’s the deal? Is 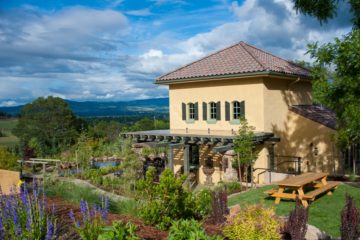 Melissa Haskin / May 15, 2017 / 0
Picture this, you’re sitting on a terrace overlooking vineyards eating Dunbar Farms field greens. As you finish your last bite, a server arrives to take your plate away and pour you a glass of 2015 Septette Pinot Noir. While you wait for your next course, braised duck leg, a ballerina

Psssst…. We’ve Got the Inside Scoop on Four (well, Five) Newly Opened Restaurants in Grants Pass

Melissa Haskin / April 27, 2017 / 1
They say when it rains it pours. This spring/late winter, it poured restaurants in Grants Pass. Four new establishments opened shop downtown, one returned to its old stomping grounds (Four Seasons Chinese) and one got a major remodel (Taqueria Mexico). Among the new restaurants are Lulu’s for the Love of

Melissa Haskin / April 13, 2017 / 0
At Curbside King in Medford, $9-10 earns patrons a box of lunch large enough to double as a dumbbell. The food, cooked by Rogue Valley native William Snyder, is protein, veggie, and whole grain-centric (i.e. healthy). Some healthy food—ok most—is not exactly the taste bud-stimulating food that encourages the kind 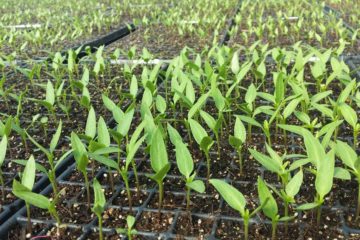 Melissa Haskin / March 30, 2017 / 0
Steve Fry has been awake since about the time the sun would have risen, if it wasn’t the second-half of seasonal depression season, aka spring, in Southern Oregon. Evidence of the morning’s weather can be found in soaking wet soil and large puddles throughout his farm off Ross Lane in 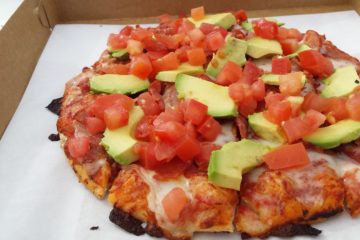 Melissa Haskin / March 16, 2017 / 0
This week for $10 Eats, I headed to an old standby: Wild River Pizza & Brewing. It’s always nice to visit a familiar place with the intent of trying something new. It’s also risky, which is why I suppose it’s easy to stick to a favorite. When you take the 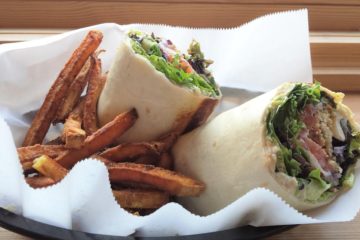 Melissa Haskin / March 2, 2017 / 0
In Ashland? Drop by this Eclectic Eatery if You’re Looking for a Quick Bite Ashland has no shortage of quick, affordable food. Often times it’s even healthy and locally-sourced. One such place that offers this type food is Ruby’s, an eclectic eatery on North Pioneer Street. Located in a green 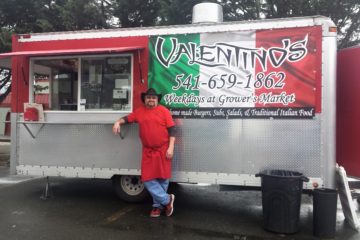 Melissa Haskin / February 16, 2017 / 2
For a satisfying burger head to a parking lot in Grants Pass On a rainy day about a week ago, customers made their way towards a red food truck in a parking lot behind the post office in Grants Pass. At the window, owner Brian Callahan made talk with regulars, 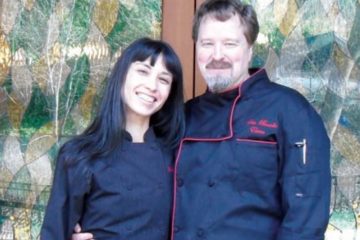 Meet the Chefs: Four Local Chefs Dish On Why They Cook, What’s On The Menu For Restaurant Week, And More

Melissa Haskin / February 2, 2017 / 0
In Ashland, February means Restaurant Week and a chance for chefs to flex their creativity. Last year, 19 restaurants participated. This year, the Chamber of Commerce, which organizes the event, expects even more restaurants. With this in mind, we thought it was the perfect time to learn more about some 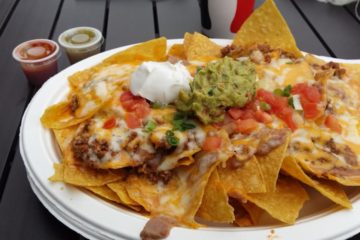 Melissa Haskin / February 2, 2017 / 0
On the far end of Grants Pass, tucked behind Wheeler Toyota, Si Casa Xpress serves up Mexican fare in a drive-through-focused setting. Patrons can walk up to a window and order, but the majority of the business is done via car and speakerphone. Locals know to take Union Ave or