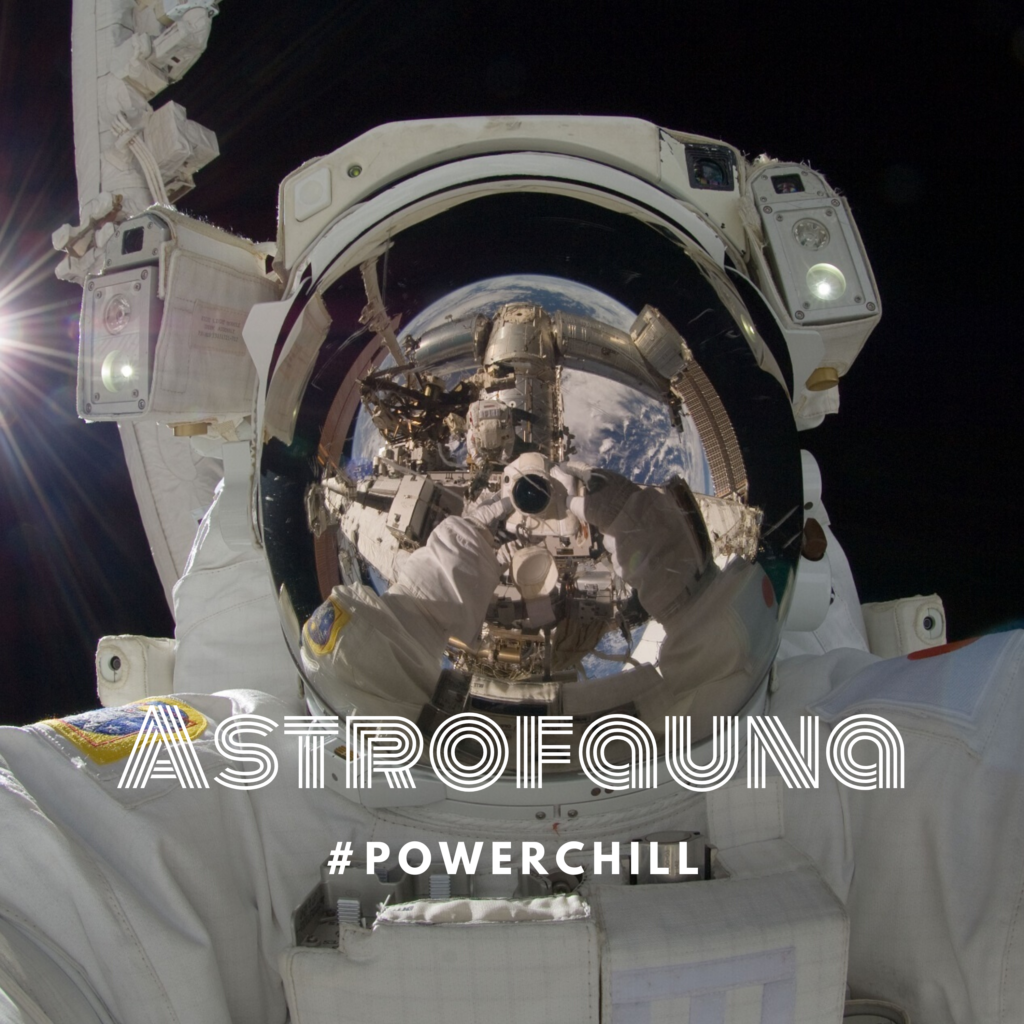 Astrofauna’s debut album explores the idea of discovering new frontiers by incorporating outer space concepts and sounds into the music. Four of the nine tracks are what is referred to as “sound skits,” each which contains snippets from JFK’s speech “We Go to the Moon.” These skits are infused with actual sounds from space recorded by NASA; all told, giving the album a very otherworldly vibe.

Probably not coincidentally, Astrofauna released their debut album on Leap Day this year. Right? Paying homage to Neil Armstrong’s famous quote: “That’s one small step for man, one giant leap for mankind”? And, also thereby embarking into the great unknown which is the fickle and cutthroat music business.

The other five tracks are made up of three originals, one cover (Nirvana’s “Heart Shaped Box”), and a new take on a classic folk standard (“Wayfaring Stranger”); combined, the tracks interweave into one cohesive yet mysterious musical journey, and left me with intrigue, and eventually, awe.

Musically, the duo of singer Jennifer “Starbuck” Lovecraft and guitarist/synthesist Josh Gross, who make up Astrofauna, refer to themselves as “post-modern psychedelic soul.” Lovecraft’s voice can be described as earthy, powerful, and at times ferocious. Gross’s talents are diverse, multi-layered, and egalitarian; both synthesizers and guitars share the stage equally. (Editor’s note: Gross is the former Music Editor for the Messenger.)

The musical tracks tend to follow roughly the same formula, but it is a good formula and one with enough variation: Echoey, beautiful guitar and serene vocals usually make up the intro, followed by blips and blurbs from the synthesizer, which support the progression to the main body of the song. These are followed by the either gradual or abrupt entrance of rougher guitars, feisty vocals, and a tinny yet very effective drum machine beat that launches us into the chorus. This, like a great novel, provides a successful build to climax followed by a somewhat haunting resolution.

The tracks that are spoken skits sound distant and ghostly, as if we’re tuning in to an old radio show. Quotes by JFK such as “No man can fully grasp how far and how fast we have come” and “the greatest adventure on which man has ever embarked” propel us on to the next musical soundscape voyage.

“New Skin,” one of the original songs, contains howling vocals, the primitive beginnings of trap beats, and a lone heart beat at the end which bleeds into “space noise.” The song “Hooves” has an especially chincy drum machine effect that actually enhances the “woman scorned” concept the song conveys instead of weakening it. “This Love” surprised me mid-song: After settling into the dreamy, subdued sounds at the beginning of the track, a sudden pelting of angry vocals matched with sprinkler system drum beat splatter erupts. Needless to say, these tracks kept me engaged and wanting to hear more from them.

#Powerchill by Astrofauna is available on Spotify and is recommended to listen as one complete unit; there is also a video to accompany the album.