Are dab rigs better than bongs? 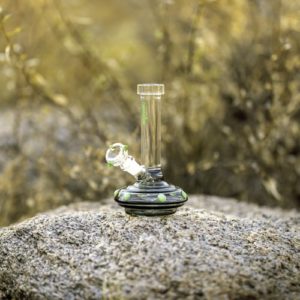 The legalization of marijuana has definitely paved the way for more and more instruments and methods of consumption to be found. A lot of people are now using marijuana as a way to help themselves deal with their mental health issues, sleep issues, and even just for recreational purposes. Bongs are viewed as extremely iconic, especially to those who are regular users of marijuana as they have been around for a long time. Conversely, dab rigs are relatively new and there are a lot of people who are saying that they’re just a better version of a bong. Either way, they both benefit from easy availability at head shops all over, including Molino Glass, a well-known brand in the cannabis industry. The truth of the matter is that they work in various ways and have different benefits. If you are new to the marijuana world you might not know the difference between these two instruments, so here is what you will need to know in order for you to make an informed decision.

What is a Dab Rig?

So first and foremost, what is a dab rig? That’s probably what most of you are asking yourself right now. Naturally, before you try something new, it’s important that you educate yourself around the topic to make sure that it is what you are looking for. Well, dab rigs is a filtration system based device that allows you to smoke extracts, concentrates, wax and oils. In terms of what dab rigs consist of, they have a few basic elements which we shall inform you of. The first one is the chamber that is connected to the banger or a nail and then there is also the bowl which plays a vital role in the extraction of the toxins and cooling down of the smoke. With regards to what each part does, the one is used to place the dabble extracts inside of it to be used, and the nail is used to aid in heating up the dab rig and the water is used to filter the toxins from the smoke.

What is a Bong?

Now that you know what a dab rig is which may or may not have been new information for you, it’s time to talk about what a bong is, what it consists of as well as what each part does with regards to the way that it functions. So when it comes to bongs, which are also well-known as bubblers or water pipes, they are a lot bigger than dab rigs in size and they are filled with water which makes the smoke you inhale a lot cooler as it passes through the bong. It is mainly used to smoke dry herbs, flowers, and other plants, which is different from dab rigs. So, already, you can see a clear difference in bongs and dab rigs in terms of the substances that are smoked. Bongs are also a lot more noticeable as a result of their size and most people have at least seen a bong once or twice in their life at a store or on TV.

There are various benefits that dab rigs offer, one of which is the fact that the flavor that is released with dab extracts is a lot more powerful, rich, and potent unlike any other method of marijuana consumption. This is different when compared to bongs, and what they can do that bongs can’t, is allow you to save your money while getting a better hit by using a little amount of substance in the chamber. It also really helps when it comes to smoking together with a large group of people that you are sharing with.

The various benefits that bongs offer are ease of use and they are a lot better for your lungs than smoking a joint. The smoke’s temperature is cooler as a result of it being filtered by the water and thus it feels a lot smoother. The benefits that are different when compared to dab rigs is that bongs are able to allow you to smoke herbs and followers and other plants. That’s what bongs can do that dab rigs can’t which sets them apart from one another.

Are dab rigs better than bongs?