Home»Sound»Animals and Numbers’ Pink Bullets: Is this the album Southern Oregon has been waiting decades for?
Sound

Animals and Numbers’ Pink Bullets: Is this the album Southern Oregon has been waiting decades for? 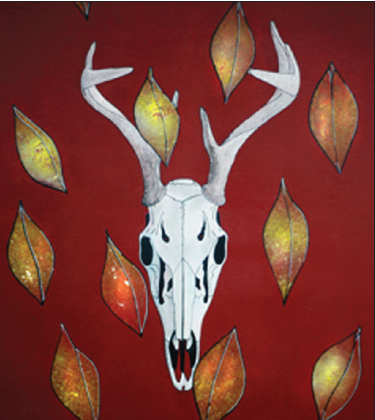 Whether it’s the perennial grey skies, or the plethora of dripping wet creepy forests to go be creepy in, or simply a backlash to the aging hippie population, Southern Oregon has always had a really strong scene for toxic sludge-heavy doom and stoner metal. And while that community endures every Miley Cyrus album thrown at the world, and can be counted on to pack venues even on off nights, it’s music that is often far from approachable. Which is odd, as grunge—which used many of the same principles in a poppier fashion—is now considered classic rock, and a major component of our culture.

That’s what really stands out to me about Pink Bullets, a really excellent new album from Ashland band Animals and Numbers that was dropped in mid-January. It’s all kinds of slow, heavy, and gnarly, with phenomenal overdrive and buzz toned and BPMs like the resting heart rate of an Olympian.

But it doesn’t have the same vocal snarls that make doom so off-putting for the average listener. Instead, it has dark, twin melodic vocals similar to the interplay between Jerry Cantrell and Lain Staley in Alice in Chains, but not nearly as corny.

That interplay is clear right from the album’s opener, “Gone I Say You,” which begins with a lonely tamborine, before a buzzy bass line snakes in and singers croon.

Pink Bullets also brings in elements of electronic beats, like on the album’s second track, “Headline News,” which bumps like a hip hop tune, or its eleventh track, “Fire on the Lake,” which could almost pass for a remix or reinvention of “Smoke on the Water,” with its heavy backbeat and slow driving riffs.

The album closes with “A Brief History of Plants,” and “Too Much,” a pair of ambient sound and found noise tracks, merging bird sounds and heavily effected bass and vocals for a moody vibe, evocative of a mid-career ballad from Trent Reznor.

Pink Bullets is good from start to finish, and is heavy enough to keep its street cred, and melodic enough not to scare folks from walking down the street. Southern Oregon hasn’t seen a band so effectively blend those two qualities for many years, if it ever has.

Pink Bullets is available as a pay-what-you-want download via Bandcamp. No word on whether Animals and Numbers plans a physical release, but if they do, expect to see this critic front-row.

Animals and Numbers’ Pink Bullets: Is this the album Southern Oregon has been waiting decades for?