An Organic Gathering: Harvest a Runner’s or Cyclist’s High at the Pear Blossom 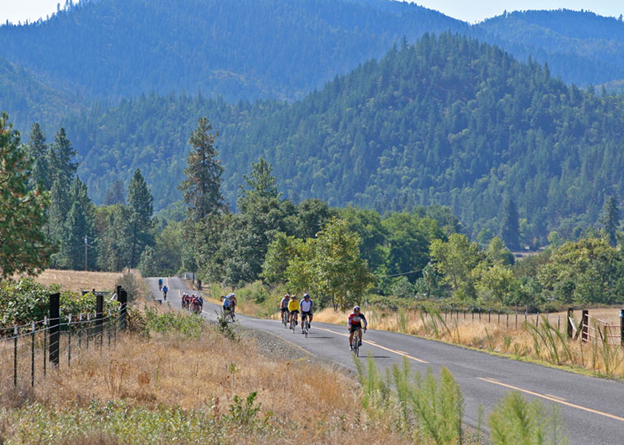 The Pear Blossom Run was founded in 1977 by Jerry and Zellah Swartsley, a duo as formidable as well they are generous. The event was an extension to the Pear Blossom Parade, which predates the run by about twenty years. This year’s run will take place on Saturday, April 8, with a 5K and 10-mile events. Both will commence at the intersection of Oakdale and 8th Street, in Medford.

“I’ve been writing in a personal diary since I bought my first pair of running shoes in 1969,” says Jerry Swartsley, “It usually gets written in six days a week, seven on a good week.”

This dedication and zeal has rooted an idea and blossomed into a long-running tradition that includes the road race, and a number of community offshoots from there, like a Pear Blossom Run Scholarship Foundation that has awarded over $100,000 since 1985 to high school seniors all across Jackson County.

In conjunction with the run this year is the first annual Pedals N’ Pears, with four separate trails speaking to different skill levels, from kid-doable to the gritty veteran biker. The event also takes place on April 8, with proceeds from benefiting the Lyoness Child & Family Foundation and Coyote Trails School of Nature, Wilderness Trails.

For more information and a complete line up of the festivities, check out pearblossomrun.com, pedalsnpears.com and pearblossomparade.org.

An Organic Gathering: Harvest a Runner’s or Cyclist’s High at the Pear Blossom