An Old Soul Grows Up: Jonny Lang Leaves His Childish Blues Behind 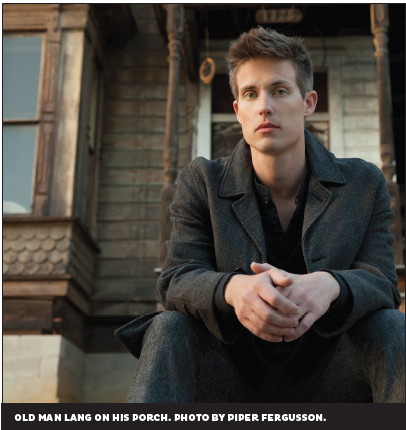 A lot of musicians have trouble looking back on their early work. Jonny Lang, who will play The Rogue Theater in Grants Pass is no different describing his first two albums Lie to Me, and Wander This World, like cringing at a high school yearbook.

Of course, what sets Lang apart from most musicians isn’t just that they were both released while Lang was still high school age, but that they both were major Billboard hits. Wander This World even earned a Grammy nomination for Lang when he was just 17. Not too shabby as far as yearbook photos go.

But Lang, whose early work was often described as the second coming of Stevie Ray Vaughn, has come a long way since then. He’s won a Grammy, toured heavily, been a regular participant in the Experience Hendrix tour with some of the nation’s best guitarists, gotten married, had four children, gotten sober and more. His latest album, Fight For My Soul, reflects that.

“I’ve wanted to make this album for a long time,” Lang said in his bio. “Creatively, I think there is a lot more going on inside of me than I’ve been sharing on recordings.”

Musically, Fight For My Soul leaves the Texas style blues he reinvented far behind and digs deeper into soul, rock and jazz, with hints of electronic in beats and textures that broaden the production. Lang sees it as a page of out of Motown’s more psychedelic recordings.

“The inspiration for the songs on the record vary widely,” he said. “Some are about personal struggles, some are focused on injustices I have seen. Some are random fictional stories that hopefully can relate to people in some way.”

Lang is still in his early 30s, but has moved from being an old soul to a grizzled veteran of the industry, with all of the complications and bad habits. Much of Fight For My Soul addresses the struggle to leave them behind and grow, musically and personally. But even with all that baggage, Lang says he wouldn’t change a thing as that is the road that got him where he is now: a good place. Still, looking back, Lang has got one piece of advice for his even younger rocker.

“All of those voices steering you away from questionable decisions,” he said. “Listen to them. They are right.”

An Old Soul Grows Up: Jonny Lang Leaves His Childish Blues Behind