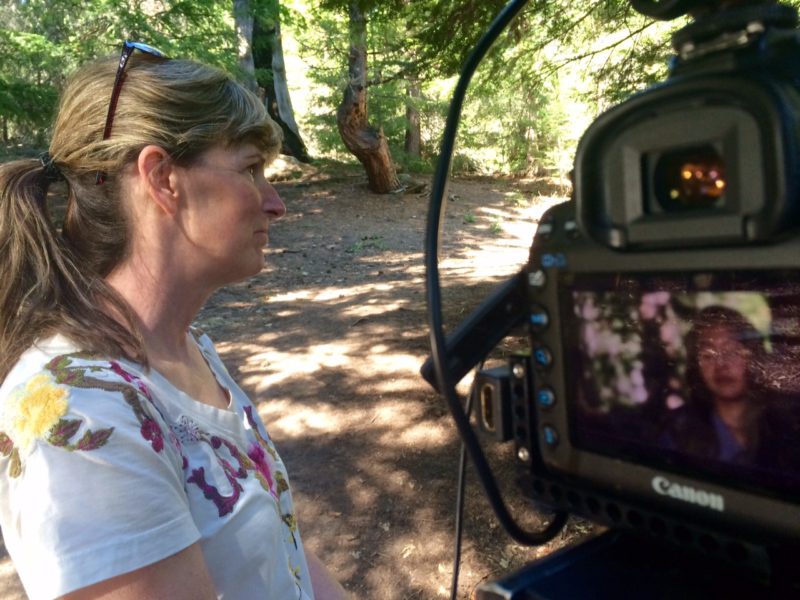 In Earth Seasoned…#GapYear, director Molly Kreuzman gives an up-close and detailed look at the year-long journey of five women into the Oregon Cascade Mountains. Their epic trip was part of the Coyote Trails Caretaker Program, a unique program that gives youth and young adults access to a private campsite and knowledgeable instructors while they live out multiple seasons in the woods.

Over the course of a year, more than 160 hours of raw footage from a professional videographer as well as personal footage from the women was gathered, and local filmmaker Gary Lundberg transformed that into a cohesive and focused narrative. The documentary features scenes of the women learning survival skills—hearing their personal observations throughout the process, along with in-home interviews, interviews with camp instructors, and gorgeous scenes of trees, animals, and wooded scenery. Peppered throughout are brief, educational animations on topics such as tracking.

Initially, the film tried to capture the wide breadth of the five women’s experiences, but a rough cut screening gave feedback that that vision was too ambitious. The final cut which will be screened at AIFF primarily focuses on Tori Davis, an 18-year old woman with learning disabilities and social challenges.

When Tori goes into nature, seemingly those disabilities and challenges fall away, a salient reminder that many of our own problems are circumstantial, fleeting, and rooted in social structures, rather than intrinsic problems with ourselves and who we are.

As the group learn the skills necessary to live primitively all year-round, Tori bonds with the other women—and, indeed, these why-I-went-to-the-woods lessons remain even when she leaves. When the program ends, Tori returns to her previous life, but she is calmer, happier, and more confident. The lessons she learned in the mountains translate to her life as a college freshman, in ways she never imagined possible.

“Everything kids hear is so negative, college is stupid, there are no jobs, etc., ,” explains director Kreuzman, “I wanted to show that nature is a place where you can get away from all that. Nature can be a refuge.”

Kreuzman’s original motivation for the film was that it was the first time the Coyote Trails Caretaker Program had only women participate. She thought that this could become an opportunity to show on film that women can learn, build, and execute primitive survivalist skills just as well as men. She also wanted to push back against the narrative that girls and women are inherently catty, mean, and dramatic. “I hate that it is the norm of what girls hear,” she says.