AIFF 2017- Laying Out the Red Carpet: Peter Bratt Is Here! 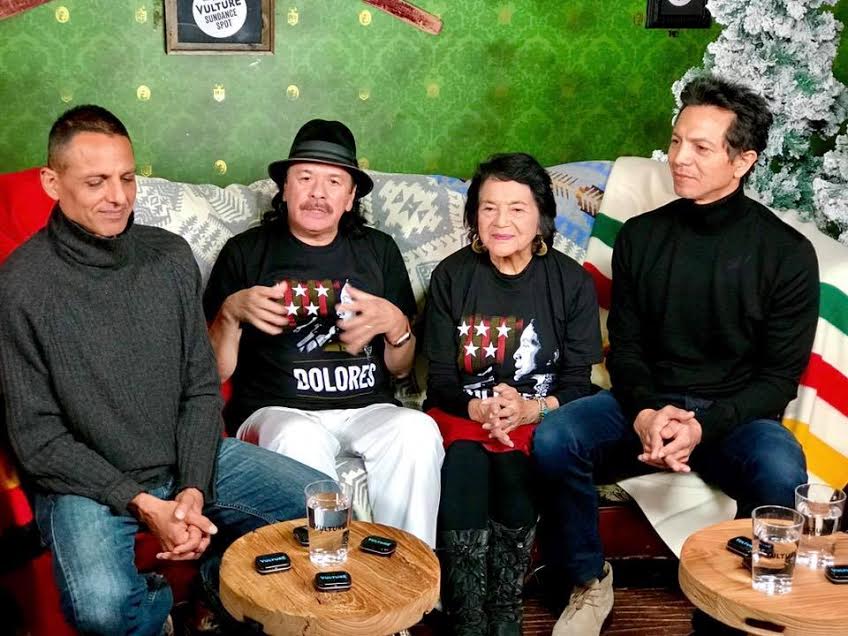 “What could be more perfect than to open the festival with Dolores,” says Richard Herskowitz, Director of Programming for the Ashland Independent Film Festival. “We knew that Activism and Film was going to be the central theme of this year’s festival. He’s a new resident here, a filmmaker… It was kismet, just meant to be.”

Bratt is not a total newcomer to the Rogue Valley. He spent summers on his uncle’s farm in the Applegate where he loved to roam outdoors and swim in the river, and his brother currently lives in Grants Pass. Part of Bratt’s motivation for relocating here permanently from San Francisco was to give his children the same opportunity to enjoy the Rogue’s natural beauty as he had had, but year-round. The vibrancy of the cultural scene around film, theater, and SOU also contributed. “He is part of a migration of talented filmmakers and professionals moving to this area,” says Herskowitz, such as composer Joby Talbot (Sing; and, who is also participating in AIFF) and cinematographer Sean Porter.

As for Dolores, the documentary reveals the hidden story of activist Dolores Huerta. Though co-founder of the United Farm Workers of America with César Chávez, her sixty plus years fighting for justice on behalf of not only farm workers but also Latinos, Native Americans, immigrants, women, homosexuals, and other marginalized groups has not received a level of recognition befitting her efforts and accomplishments. “She had been marginalized, both within the Latino community and the dominant culture,” says Bratt. He himself had “reverence and respect for her, and Chávez both” growing up in the Mission District in San Francisco where his mother was an activist as well. The idea for the film about Huerta’s life came from musician, Carlos Santana. “It was his inspiration,” says Bratt. “And, he backed it up.”

A year of research ensued, but Bratt was not quite sure of the direction he would take. He knew he did not want to follow a formulaic, biographical approach, but kept asking himself how he could create an engaging film and fully honor her work. When Bratt discovered that Huerta had trained as a dancer, he found the key to the narrative. “She took her passion for dance and music and put it into her organizing.”

Switching gears to a documentary also challenged Bratt. Accustomed to directing narrative films from his own scripts, if Bratt didn’t like a shot, he could just “do another take.” However, he laughs, “you can’t do that with the truth, with actual footage.” Finding the thread which would tie the sprawling events of Huerta’s life and career and the massive amounts of imagery together was “like jumping off a cliff and wondering if the parachute is going to open before you land.” He found models in San Francisco-based documentaries like The Times of Harvey Milk and In the Shadow of the Stars, both Oscar winners for Best Documentary.

Bratt also took Dolores Huerta’s own indefatigable and honest nature as a model. “The film has a spirit. It tells you what it wants, not what you want.” He chose to let the historic footage speak for itself and to focus on interviews as opposed to an experimental or otherwise provocative approach. “I wanted Dolores, especially, looking down the barrel of the camera.” On occasion, the 87-year-old Huerta, who still continues her activism on a daily basis, wore out Bratt’s crew of twenty- and thirty-year olds as they tried to keep up.

In addition to the concurrence of his arrival in the Rogue Valley and Dolores being a feature film at the AIFF (“I can’t wait to see it in Ashland!,” he says), Bratt believes that the message of Huerta’s life and work is now even more vital given the increased attacks by right-wing conservatives on vulnerable populations of Americans.

Herskowitz assets that, “Independent filmmakers are asking, ‘what can we do to counter this awful scapegoating … of immigrants, Muslims, Mexican-Americans who are integral to our communities’?” Bratt hopes that Dolores, especially when it has its national release in the fall, will provide “a boost of energy” to Americans who support everyone’s right to lead lives of decency, dignity, and prosperity when they see Huerta, “someone who risked her life for a cause, who is still doing the work, even at 87.”

AIFF 2017- Laying Out the Red Carpet: Peter Bratt Is Here!