A Year Away: Five Local Women Take to the Woods in Documentary Earth Seasoned: #Gap Year 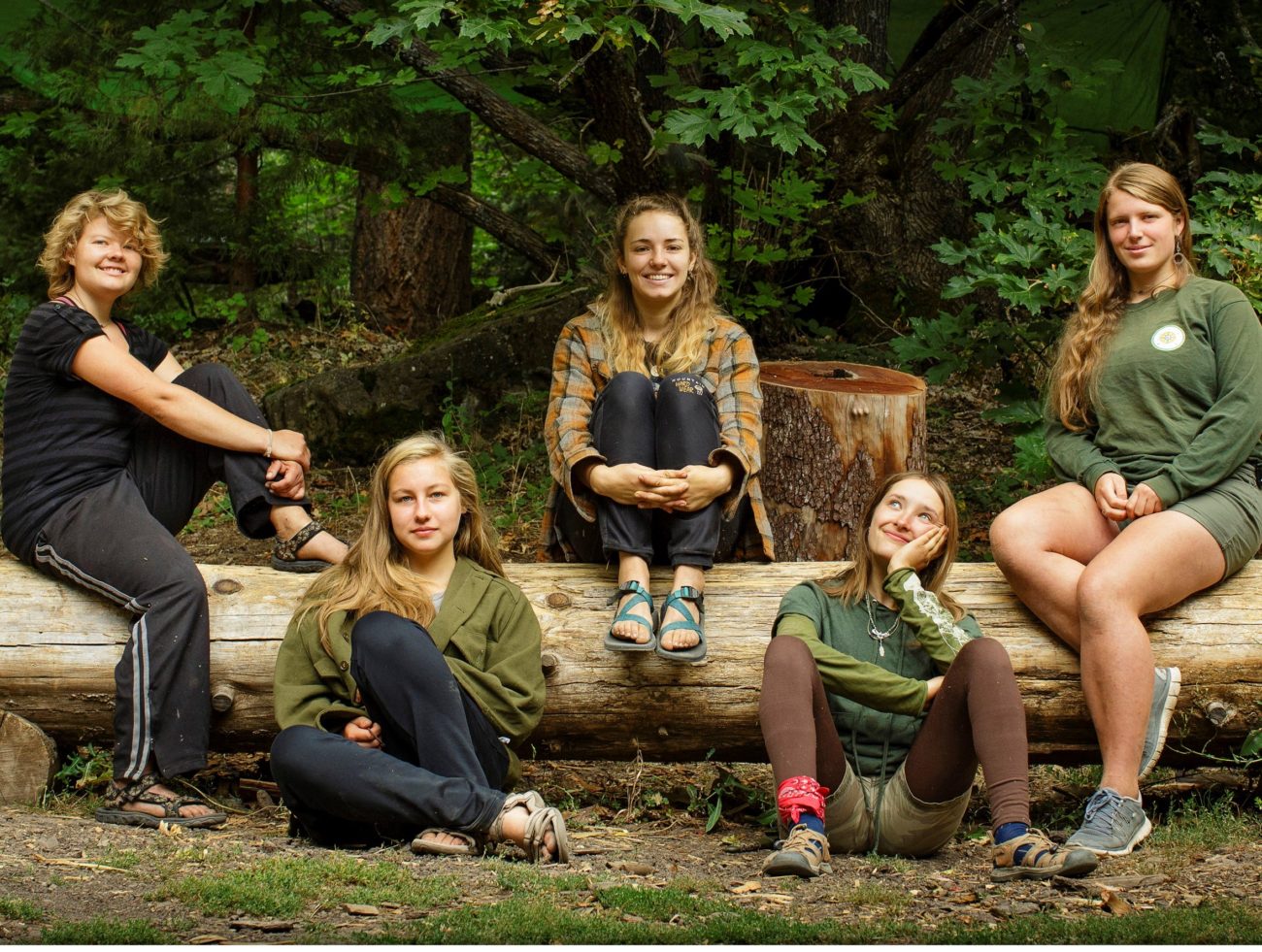 There is an episode of the popular TV sitcom Parks and Recreation in which social media genius Tom Haverford texts while driving and has his smartphone taken away. He is unable to cope, so his boss takes him into the woods to briefly detox from the modern world. This is played for laughs, but Tom knows he uses technology as a distraction. He admits there’s something to disconnecting from the “real world” and being in nature, even if just for a day.

The producer and director of Earth Seasoned: #Gap Year, Molly Kreuzman, thinks that living in nature is exactly what we need to slow down. “Earth Seasoned” is a feature length documentary focused on five young women (Tori, Emma, Hannah, Maddee, and Thea), who choose to spend a full year living in the Oregon Cascades, more or less “off the grid.” They build shelter, find edible foods and medicines, deal with conflict, fears, and discomfort, and learn how to live in a new way.

The documentary team spent one week each month over the course of a year, filming the young women as they navigated living in nature. Originally titling the film 5 Women 4 Seasons, Kreuzman shifted focus after the film was finished: “We changed the name this really became a story about one young woman, Tori. It wasn’t until after we finished the film that I learned of Tori’s disabilities and feeling of being an outsider. I called and talked with one of her teachers who explained to me that Tori had been diagnosed with ADD and dyslexia. Her teacher indicated that Tori had so many problems with retaining information, but if she was in nature, she remembers everything. That became really intriguing to me and I started delving deeper into research about ADD and nature as a medicine.”

Molly Kreuzman believes that living in nature is a healing force, especially in a world that is rapidly changing. She’s worked with Coyote Trails Outdoor School in the Rogue Valley for many years. She’s seen first-hand how learning in nature can be a profound intervention to anyone who feels like they just don’t fit or need a different angle on education.

As Kreuzman notes, “We use to lay on our backs and look at clouds, who does that anymore? And yet it was so pivotal to your creative mind and things beyond your own self.”
Kreuzman wants this film to be seen by youth and their parents as a resource, but also anyone who feels the call to go outside and connect with the earth. As she says, “I really want kids to see it because I want to show them something hopeful. I want to show them a place you can go to get away. Even kids in the cities should know that there is nature there. The film would be really great for parents of kids who have been labeled with dysfunctions. I think that it would be helpful for parents to meet Tori, who had been labeled with things that could have held her back, and see her succeed.”

Earth Seasoned: #Gap Year will be released in 2017 when Kreuzman hopes it will be seen at film festivals and in schools around the country. For more information on the film and the upcoming release, please go to their Facebook page at Facebook.com/EarthSeasoned/ or their website at EarthSeasoned.com.

When asked what lessons the film might bring, especially during such turbulent cultural times, Kreuzman mused “The thing that I love about being in nature is that it immediately makes us all equals. There is no way you can go out in nature and not have a sense of something greater than yourself. It’s humbling and inclusive because you feel part of it. All of us, for one time or another have been the outsider too. Don’t give up until you find your people.”

In other words: get outside in nature, even if just for a day.

A Year Away: Five Local Women Take to the Woods in Documentary Earth Seasoned: #Gap Year