A Visual Experience: Digisaurus at the Haul 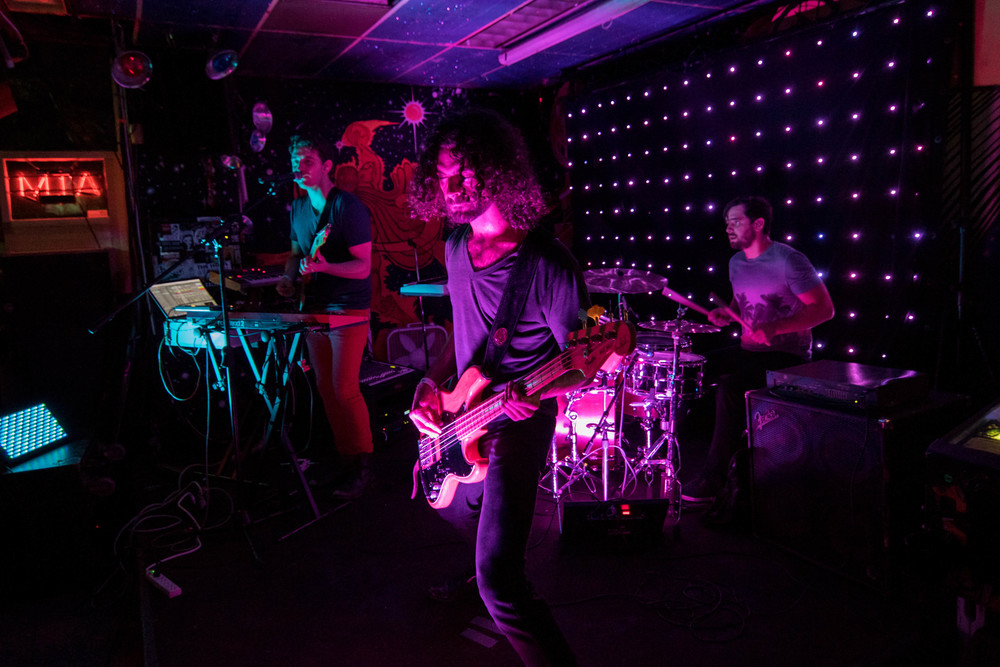 With the surrounding mountains, trees, and foliage in Southern Oregon, it’s easy to imagine the serene scene accompanied by banjos, acoustic guitars, and harmonicas. But genres with a little more beat to their steps also find their way into the area, like Columbus, Ohio-based pop rock up-and-comers Digisaurus, who will play The Haul in Grants Pass on Friday, August 12.

Digisaurus is the brainchild of James Allison, who is originally from Philadelphia. After going to college in Ohio, he felt called back there to continue his passion for creating and producing music. After being part of an R&B ‘60s-style band, then an electronic band, he decided to focus on producing and writing his own music. That lead him to Digisaurus, and its self-described future-pop sound.

“I love to bring in other people’s ideas,” he says. “You want to see every possibility that’s out there for a song.”

In June of last year, Digisaurus released the EP No More Room for Love. Since then, the single “Charlie’s Got Me Running” was released as part of a single-series. Allison says the string of singles are to hold listeners over until he’s able to release his next big project. “Charlie’s Got Me Running” contains smooth drumbeats, booming vocals, and a groovy melody strong enough to provide listeners with the required patience to wait it out.

But the complex production creates challenges performing live. That’s why Allison says the band uses a lot of backing tracks.

“I want the songs represented in the right way possible [and to] make sure they sound the right way…without sacrificing the songs,” he says.

Digisaurus provides something more than music, however, but an experience to the audience through intricate light displays. Allison describes the performance as a “big visual component.”

Allison hopes for “familiarity” and “peaking people’s curiosities” at the show at the Haul. It’s the band’s first time in Oregon, and they’d like to make good impression while guests here.

“A lot of [the show] is like an introduction,” Allison says. “We’re hoping to build a relationship.”

A Visual Experience: Digisaurus at the Haul