A Man Crazy for the Outdoors: Peter Newport and Sawyer Paddles 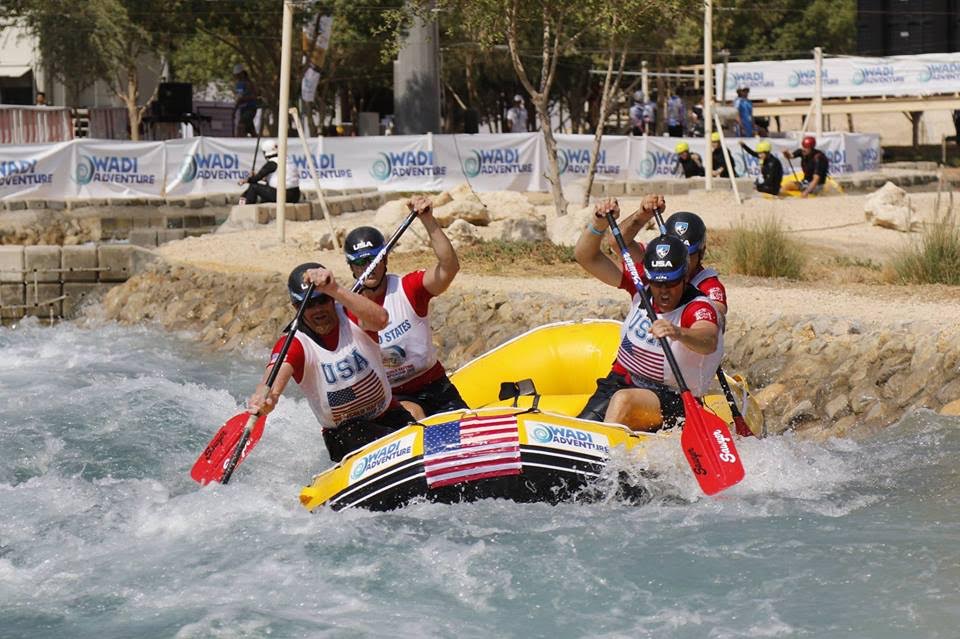 From working the nightshift at Sawyer Paddles as a college student to becoming the president and designer of the company, Peter “Crazy-Pete” Newport understands the meaning of dedication more than most.

Outdoor sports enthusiast and professional, Peter Newport has been integral to the 50 year old paddle, oar, raft, and much more outdoor equipment company located in Gold Hill. Newport graduated Oregon State University with a degree in business marketing, putting his education to practice almost immediately. He doubled sales and expanded a guitar company in Bend nearing bankruptcy. When he got a job at Sawyer Paddles, he began soaking in all the information about the established company he could.

“Today I serve as president, partner, designer, and chief janitor at Sawyer,” Newport says. “The last six years we’ve refreshed all of the paddle and oar designs, improved our delivery times from six months to a few weeks, and bought the old Gold Hill gas station and turned it into a funky cool river shop with paddles, oars, paddle boards, rafts, inflatable kayaks, rafts and drift boats, and river supplies. That old Gas Station is now ‘Sawyer Station’ and on track to becoming the coolest river shop on I-5.”

Newport’s proclivity and talent for kayaking and water sports didn’t come naturally, but from facing his fears. “I was afraid of water growing up and was a poor swimmer,” he explains. “I took a college class on a dare from a friend. I was so scared but then started learning the basics and then how to roll a kayak and then the joy of navigating rivers, surfing waves, blasting holes, running waterfalls, and eventually on to racing slalom and enjoying freestyle events.” Throughout his involvement in the intense and incredibly dangerous sport, resulting in injuries and deaths of loved ones, that was when he took a break to finish school. “Rebuilding Sawyer Paddles & Oars and learning whitewater rafting is a culmination of all skills to date at the age of 46,” he says.

Rafting and kayaking to him is one of the most rewarding experiences an individual can learn in life. “It is so much fun competing in whitewater rafting because it helps build our brand, involves teamwork at the highest level (trusting our lives with each other), is a great work out, and best of all—it’s whitewater. Training on the Oregon rivers serves as some of the best training in the world. We have it all.”

Newport just finished a whitewater rafting competition in Dubai, which he describes as “a combination of Biblical times and Star Wars times combined into one culture.” The event took place in manmade whitewater rafting courses. In October of this year he will be competing in the World Rafting Championships in Japan.

As for how he got the nickname “Crazy-Pete,” he tells, “I worked with two other Petes in the Pepsi-Cola world. I was the one who jumped out of airplanes, bungee jumped, and did the crazy whitewater stuff. Someone referred to me as the crazy Pete. I liked it and perpetuated the name. Now ‘Crazy-Pete’ is a daily reminder to consider another perspective, continuously build courage, and not take myself too seriously. It’s also a short cut to figuring out others. There are many people that flat out won’t say Crazy-Pete.”

Crazy or not, Peter Newport’s exceptional whitewater and other outdoor sports talents are inspiring. Not only that, but his dedication to Sawyer Paddles, to providing customers with the best paddle, raft, and other outdoor equipment is also inspiring.

Caption: Crazy Pete and team representing the US in Dubai.

A Man Crazy for the Outdoors: Peter Newport and Sawyer Paddles