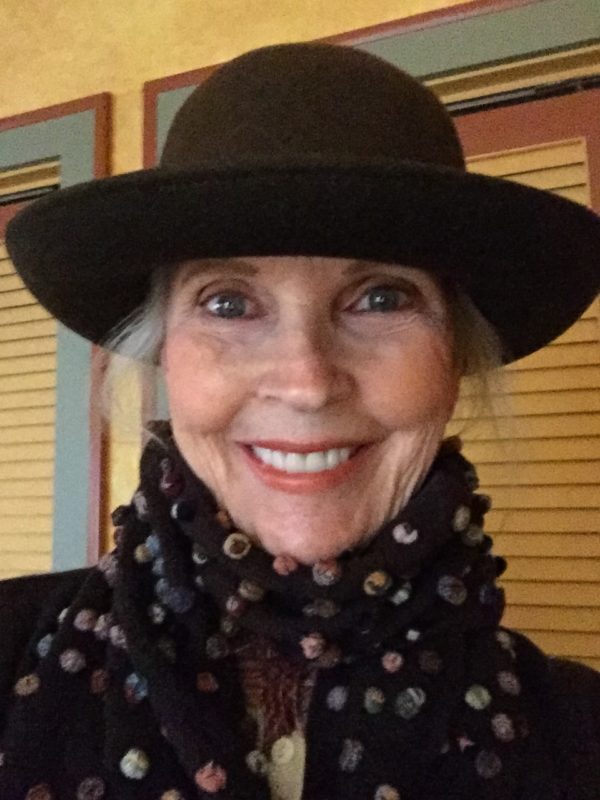 Whether her name is immediately recognizable, chances are fairly good that the reader has already viewed the high spirited, beautiful, and versatile actress and singer Marlyn Mason in some production or other. With a career that has spanned more than six decades, her television and cinematic credits are numerous—and highly diverse.

I spoke to Mason recently about her life, work, and current projects here in the Rogue Valley. The setting was her cozy little rented house in a picturesque Medford suburb. Familial and eclectic rather than ostentatious, with wooden tables and stuffed furniture, it couldn’t have been more inviting. She is full of vivid stories and has a dynamic and natural facility as a raconteuse.

Mason developed a deep rooted cinematic understanding while living and working in the classic arena of mid-20th century Hollywood. One of her best known roles is the female lead part in the late 60s Elvis Presley musical comedy The Trouble with Girls. Mason and Elvis had a famous chemistry, and while the film was not generally considered one of Elvis’ best, the bond forged between the male and female leads made a big impression on the rapidly evolving actress, and doubtless on audiences as well. “I just had a great time and he did too,” she says. “We were really good friends. It was like we’d grown up together.”

Mason’s career as an independent short film maker began after she left the frenetic and quickly changing Hollywood scene that had been the primary milieu for the first part of her life and career. Relocating to the Rogue Valley, and initially appearing in a couple of movies in the 90s—most notably Fifteen and Pregnant, with Kirsten Dunst—Mason’s creative attention began, consciously or subconsciously, to seek other avenues.

But it took until 2008 for the new medium to reveal itself fully, when a conversation with stand-up comic Vince Valenzuela gave her the sudden inspiration for a screenplay, and this eventually evolved into her first short film—Model Rules.

The film notably does not contain any dialog. The story, dealing with an impromptu flirtation between an art model and a student, is told purely in action and images. This approach evolved out of a two paragraph flash fiction piece she had written based on the initial vision.

“When I [first] did Model Rules,” she says, “I didn’t realize I was writing visually. What do I talk about to the younger film makers today? Learn to write visually.” She and director Ray Robison entered the film into the prestigious Rhode Island Film Festival, where, to Mason’s delighted surprise, it won the award for Best Screenplay.

Encouraged, she began to explore the genre further in the capacity of both writer and actress. The Bag deals with the death of her mother, and The Right Regrets is the story of a tentative long distance romance which is also based on Mason’s actual experience. With screenplays by Mason and directed by Ray Robison and Ralph Senensky respectively, these films helped her to further develop a realistic, deeply personal style as a screenwriter. She has also acted and collaborated in a number of other recent independent short films.

Born in San Fernando, California, Mason began singing and acting in local productions at 5. After singing “Santa Claus is Coming to Town” in a Christmas program in 1945 at her local church, she says she knew then and there what her calling was. “I could have stayed there and just kept going!” she says, “I went to my mom and said I was going to be an actress.”

By early adolescence, she had landed parts in Albert McLeary’s live televised “Matinee Theater,” and was soon afterwards making appearances in a cornucopia of well known 50s and 60s television shows including such classics as “Father Knows Best,” “Bonanza,” “My Three Sons,” “Perry Mason,” “Hogan’s Heroes,” “Gomer Pyle,” and “Laredo.”

Mason’s upcoming projects include a just completed film noire piece (this time scripted by Ray Robison) called An Affair Remains, in which she has an acting role, and two other films, Three and Delta Crossing, that are in the works. Keep an eye out among upcoming film festivals and independent screenings for these titles. Knowing Mason, they’re sure to crackle with her characteristic energy, interpretive originality, and personal honesty.