A Horrifically Hilarious Web Series: How to Marry a Vampire 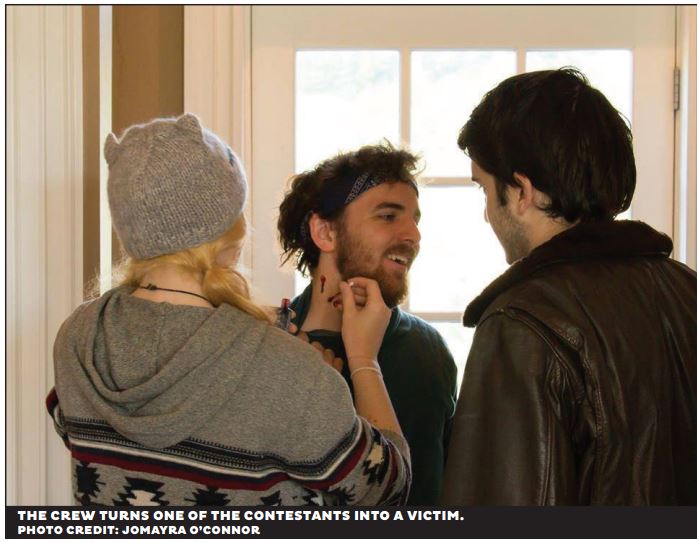 Since TV shows like “The Office” and movies like Best in Show, mockumentaries have become an overwhelmingly popular genre in comedy.

YouTube web series created and directed by Mig Windows and Sean Marc Nipper, How to Marry a Vampire is a mockumentary reminiscent of “The Bachelorette.” In fact, the show is basically “The Bachelorette,” except the main woman is a vampire picking off her options for dinner rather than choosing one to marry.

“I actually first created the character of the ‘vampire starring on a mock reality dating show’ back in the Spring of 2015 for my friend Ian’s Oregon Fringe Festival project,” says Windows. “My vampire character was unfortunately cut for time, but I took the idea and ran with it, writing a pilot script and watching a lot of ‘Bachelor/Bachelorette’ for inspiration. Something about the idea of likening the embarrassment of prostrating your love life for the entertainment of others with the idea of death and vampires really resonated with me, and I wanted to take this absurd idea of a vampire looking for love and actually killing the eliminated contestants, and the idea that people would want to compete on this show despite knowing they might die, and the idea that producers would just sit back and watch people die for ratings, and actually film it!”

With four videos available to watch on YouTube, the story’s plot is exactly how Windows describes it. Shooting their first episode last year, Windows and her crew realized the shoot left them with a large amount of footage.

“My editor, Ross Williams, had the brilliant idea to shift the focus of the web series to a ‘found footage’ style mockumentary,” she says. Each episode is around five to seven minutes long, and each one starts with the disclaimer that what the viewer is about to see is what’s left of the victims and the events.

“I absolutely love this,” Windows expresses, “as it gives the opportunity to showcase so many hilarious moments that wouldn’t have made the cut if we’d released a traditional-length pilot episode.” 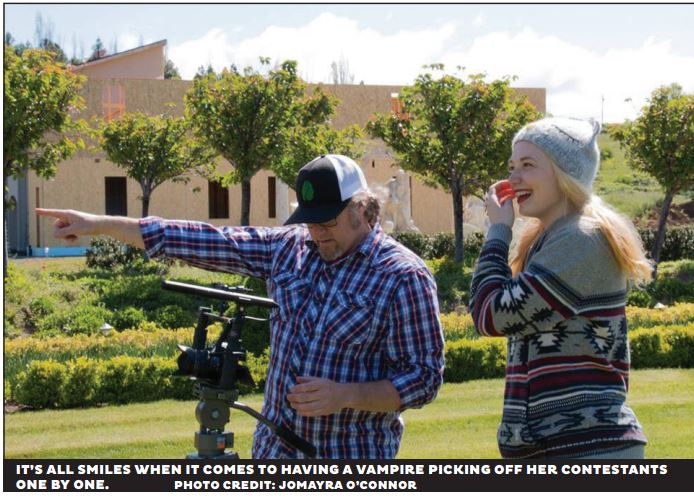 Windows explains her start in film as anyone else’s: taking her parents handheld camcorder and making her own videos. While at Southern Oregon University as a Theatre major, she found herself not involved in many stage productions for a period of time. This led her to acting in SOU student films. “When I realized that these film students and local videographers were able to get really cinematic stuff shot on practically nonexistent budgets, it really piqued my interest in making some stuff of my own.”

Her first film was an adapted script for a sick friend that took two years to finish. “I wanted to get this script filmed while he was still around, so I reached out to Ross and some SOU students to help film and edit it. The film went on to win the Grand Jury Prize at the Klamath Independent Film Festival and the Audience Choice Award at the Southern Oregon University Film Festival.”

For How to Marry a Vampire, her hopes are for viral popularity, a lot of followers, and fan merchandise. She goes on to say, “While that might still happen, I’d just be happy if people watched it and laughed. It would be great to someday re-shoot the series as planned with a budget, but I’m pretty happy with the performances of the actors.” While she does have an idea for a sequel to the series for one of the contestants, she urges everyone to watch the videos to find out who.

“We live in really exciting times as far as storytelling goes. The manufacture of affordable gear and the advent of the internet creates a lot of really exciting opportunities for people who really like trees and don’t feel like going to L.A. unless they have to!”

Anyone can watch “How to Marry a Vampire” by following the link (https://www.youtube.com/channel/UC47G7H3HdMJoGg8d59-0Qqw) or by typing the name of the web series into the search bar on YouTube.

A Horrifically Hilarious Web Series: How to Marry a Vampire