A Film Runs Through It: The 16th Annual Siskiyou FilmFest Inspires With Environmental Films 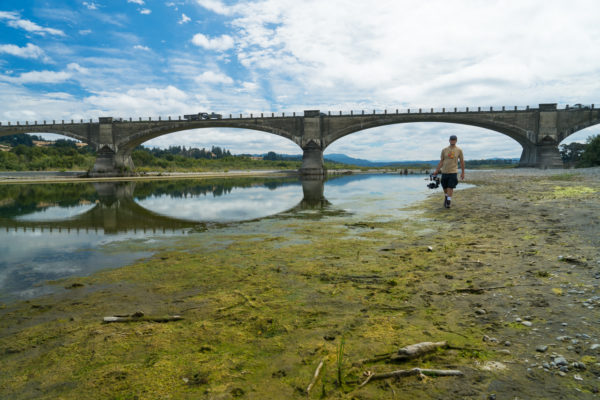 Producer Shane Anderson will present his hour-long film. Only recently release, the film already has won the Best Environment Film award at the Yosemite International FilmFest.

Allee Gustafson, Siskiyou FilmFest organizer, stressed that the festival is family friendly and that the objective is to empower the community to repair the damage we’ve caused.

“The Siskiyou FilmFest is one of the largest film festivals in Southern Oregon,” Gustafson said. “We see people of all ages become inspired, and that’s really our main goal, to really encourage people to take action.”

A three-minute film created by the Klamath-Siskiyou Wildlife Center, the FilmFest producer, will debut about local fire and forest services.

Six other short films will be shown including Forgotten, But Not Gone, a story about the Pacific Fisher, a mammal native to the Pacific Northwest thought to be threatened. The documentary explores the endangerment to the species caused by the logging industry and secret, large scale marijuana farming within public-land forests. It describes the backroom negotiation which took the species off the endangered animals list.

Another film about local issues, Salmon Will Run, tells the story of Chief Caleen Sisk of the Winnemem Wintu Tribe of the Shasta area and their journey to bring the salmon back to the area. The fish face many hardships including climate change and river draining for Big Ag irrigation, but possibly one of the most threatening aspects is the Shasta dam, built 71 years ago. Since then, the salmon have been unable to return to their familial waters of the Winnemen Tribe.

Jeanine Moy, KS Wildlife Center outreach director, said she hopes Chief Sisk of the Winnemem Tribe attends the event and may even speak on the environmental impact from a native’s perspective.

“Film is a great way to reach a broad audience,” Moy said. “You can introduce educational topics to an audience in a way they can really relate. The environmental film genre is continuously growing and there’s a wide appeal.”

The winner of the youth film contest will be revealed and receive a cash prize of $150. The contest required groups of up to three people ages 14-19 to create a thought-provoking film about the critical environment impact we face in the local region.

A silent auction of goods donated by local businesses in the Rogue Valley will feature prizes such as outdoor gear and clothes, and gift certificates for restaurants.

Before the event and during intermission, patrons can learn more about many local organizations at their designated booths in the community showcase. KS Wildlife Center will have a table, as well as other groups such as Rogue Riverkeepr, a program to provide public oversight of the Clean Water Act in the Rogue Basin, and Rogue Farm Corps, an educational program to teach the next generation of Oregonian farmers.

“This is something the community really looks forward to,” Moy said. More than 600 people are expected to attend.

“It can be inspiring to see what’s happening to our environment, especially in this day and age when we have the technology to impact our environment, and the decreased biodiversity,” Gustafson said. “We want people to feel moved to help keep this beautifully biodiverse area biodiverse.”

A Film Runs Through It: The 16th Annual Siskiyou FilmFest Inspires With Environmental Films