A Crown Worth Dying For: Oregon Shakespeare Festival Opens Henry IV: Part I 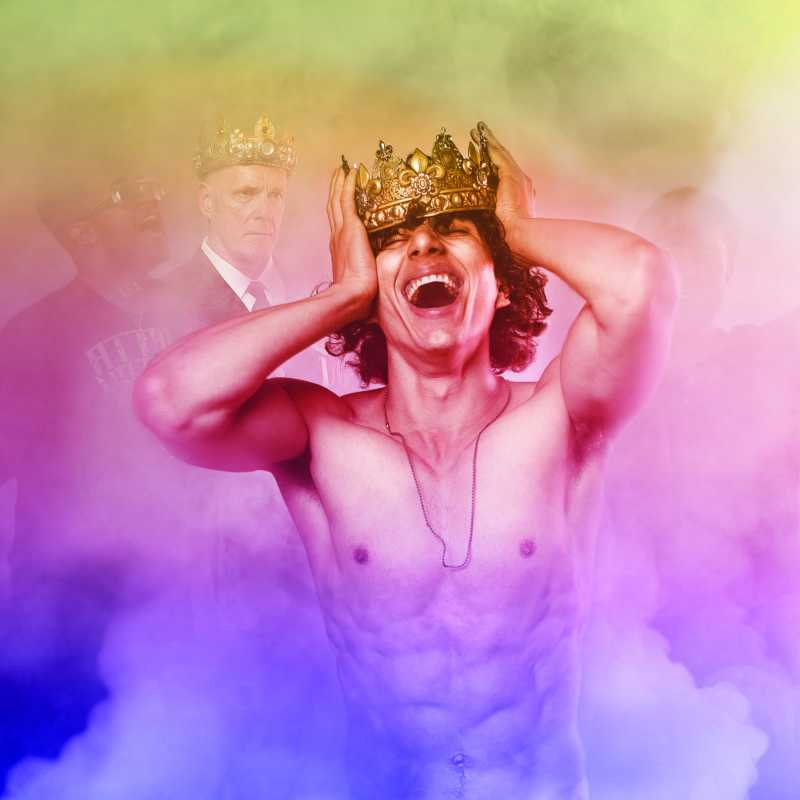 The year is 1402, and a hellish drone slowly grows in volume, reflecting of the anxiety of King Henry IV as he ascends to his cursed throne to deliver a chilling opening monologue. His character is immediately recognizable, cold, noble, and vainglorious. Enter a war torn and patrimonial England, separated by family name just as much as status. The former king Richard II has been usurped, and the tensions are visibly at peak magnitude.

After an anxiety-inducing opening, we are thrown into an incongruous scene, strobe lights, stock airhorns, and “lyrical trap” adorn a bawdy house, where lavish promiscuity is afoot with Henry IV’s son Prince Hal at the center of the action. He is joined by a classic Shakespearean character, the charming jester John Falstaff. Both actors are perfectly suited for their role, Daniel Jose Molina a young and handsomely impudent animal, and the plump transient Falstaff played by G. Valmont Thomas. Each cast member fits their character like the skinny jeans worn by Prince Hal, the zippers on his knees being not quite historically accurate.

The special effects including dramatic lighting, startling gunshots and the authentic smell of gunpowder raining down on center-stage do a great deal to immerse the audience sitting in the round into the raucous world Shakespeare effortlessly creates.
The story is sobering on the whole, the first half concerning a shaky at best relationship between Henry IV and his son, and the second half being steeped in the bloody murder of battle. The fighting scenes in the latter half are just as well choreographed as the vulgar partying in the former, and aside from minor slip-ups such as Mortimer missing a fret on his guitar or Worcester tripping up on a single line, the entire play is as engrossing as it is complex.

Despite the tense nature of the story, it is wrought with plenty of comic relief, mostly coming from the musings of Falstaff and his gang of rogue hooligans. Although Falstaff may be childlike in nature, he serves as a father figure to the younger, more naive characters, and delivers some of the most powerful quotations in the entire performance.

He rejects the concept of an honorable death in favor of an exuberant, however frivolous, life. As he mournfully looks down at a corpse, he proclaims, “This is what honour looks like.” But it is the fledgling Prince Hal that steals the show, forced to shift from his juvenile ways into the prestige of a soldier on behalf of Wales. He must prove himself to his father in order to mend their rocky relationship, and ends up in the heat of a brutish war as a result. Powerful rebel forces threaten the stability of the whole of England, and only one man will be able to retain the esteemed title of “King.”

A Crown Worth Dying For: Oregon Shakespeare Festival Opens Henry IV: Part I