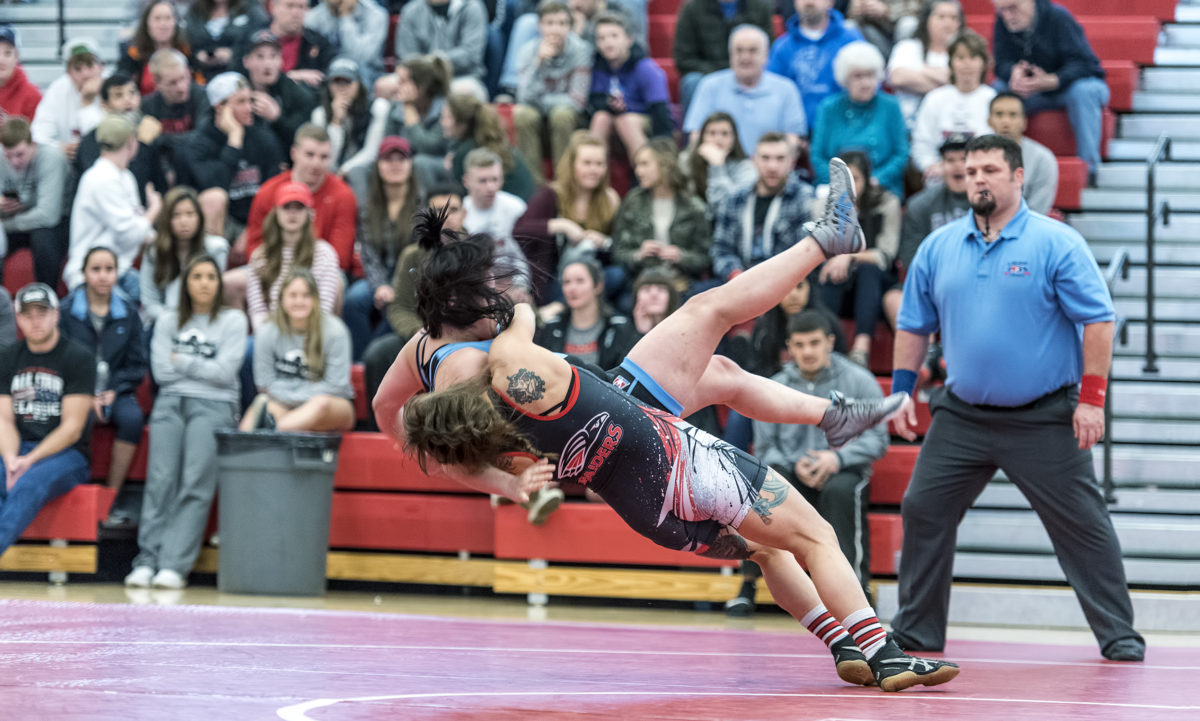 If there’s one goal the winter sports teams at Southern Oregon University have in common this season, it’s cinching a national championship.

“We have a very experienced group of players who had a lot of success last season and have worked very hard to build off that success,” he says. “The big changes are trying to replace the production of the three great seniors we had on the roster last season. We believe the seniors last year did such a great job of setting the foundation for what we want to accomplish on and off the court that we should be able to continue the success that we had last year.”

Other challenges he anticipates to face is the challenging league the team faces. “Our league is very tough every season and will be as tough as ever this season,” he says, “but if we approach it with the right mindset it will make us a much more mentally tough team that will be hard to beat.”

Making it to the NAIA title game last season and having the best season record in the team’s history, he’s even more optimistic about this season. He adds, “They put a lot of work in this off season and it will be exciting to see the improvements players have made individually.”

The team scored their first pre-season win against Humboldt State University Nov. 3. Getting off on the right foot, the team plays Simpson University to kickoff the Midland Empire Classic in Klamath Falls.

As for women’s wrestling, Head Coach Anthony Champion is looking forward to improve a team that’s only in its second year. “We’re currently a team ranked 10 in the nation,” he says. “Our team goal is to place in the top 10 or the top five in the nation.” With 11 new players this year and representing every weight class, his expectations are high, explaining, “We have a completely new dynamic on this team.”

The new dynamic Champion speaks of involves a serious focus on both an individual and a team level. Not only has the team gained 11 players, but it also has two returning All-Americans from last year. “We’re much more a whole team,” he says.

The team had an impressive performance at Mike Clock Open at Pacific University Oregon in Forest Grove Nov. 6. Eight players were top-three placers by the end of the event. The women’s team next meet takes them to the Missouri Valley Open in Kansas City, Mo Nov. 18 and 19. Their next home event is Saturday, February 4 against Eastern Oregon University.

At the Mike Clock Open the men’s wrestling team also came away from the event with a positive start to their year. Four players were top-three places, with All-American Casey Coulter winning his 133-pound bracket.

Mike Ritchey, head coach of the men’s wrestling team, has similar high expectations for his team. “We’d like to be back in the trophy [case]…again,” he expresses. Currently ranked seventh in the league, he expects “to have the program to compete on the national stage.” With a lot of strong returning players, he’s confident not only in their ability to excel this season, but to help the younger players improve as well. “The experience is gonna help in itself,” he explains. “You also have to have the ability to work as a group.”

Ritchey’s confidence for this season is also fueled by the addition of new assistant coaches that bring their own set of experiences. Overall, though, he says, “We just gotta stay healthy when the big events hit. I think if we’re healthy, we’re pretty solid.”

After traveling around the Pacific Northwest this month, their next home event is Friday, December 2 against San Francisco State University.

For each team’s season schedule, check out souraiders.com.