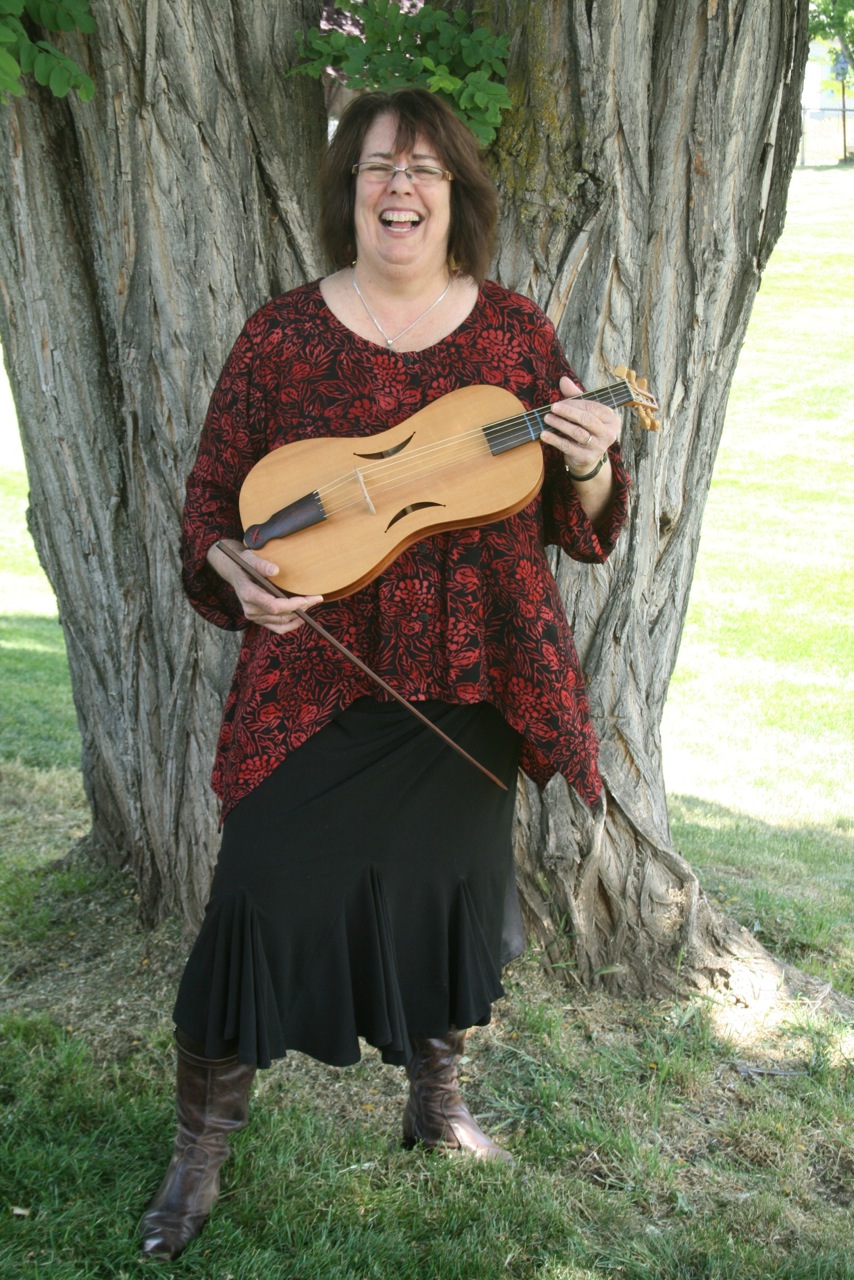 A relatively new nonprofit, Musica Matrix “brings history to life”; namely, the instruments and music of the Renaissance and Medieval era. The Messenger caught up with long-time musician Pat O’Scannell to talk about her new organization.

Rogue Valley Messenger: Your background is with the Oregon Shakespeare Festival. Can you explain what that was, and how you went from there to here?

Pat O’Scannell: I came to OSF in 1980 as a multi-instrumentalist and singer. In 1990, I was given the opportunity to become the Music Director for the Green Shows, and during that time I brought my ensemble into residence at OSF, created two or three Green Shows per year with Historic Music at its core, and presented a variety of Noon Concerts throughout the summertime. Since leaving my full-time contract at OSF in 2007 after 25 years there building a program in Early Music, I realized that nothing had come into existence to replace the many concerts workshops and events that my ensemble had performed over the years. Add to this extreme budget cuts for even the most widely palatable music programs in public schools.

RVM: This sounds like a hard sell for teenagers.

PO’S: Well maybe, but then our programs are designed to work within whatever format is available and can reach the most kids. All of our school programs begin with a single Assembly performance that will have been chosen by the Music Teachers themselves based on what they know about their kids. We will work with existing choirs, bands, orchestras, smaller ensembles, theatre programs or any other interested parties. Skills already in place such as playing the recorder can be expanded on, creating a stepping stone to other early wind instruments. Players of modern bowed strings will have at their fingertips a consort of renaissance viols with expert instruction. All of these possibilities are conduits into understanding historic practice.

RVM: How do you measure success in these programs?

The success cannot be measured in the short term, but must be viewed in this context: While working at OSF, I heard about a study they had conducted to ascertain what it was that created an adult theatre-goer. They looked at demographics, age, educational backgrounds, and a number of other factors. What they discovered was surprising in its simplicity. If as a child, you had been taken to see a play, your chances of repeating this experience in adulthood were greatly enhanced. Going to an excellent concert of Early Music, or even handling instruments or getting the chance to try one out, could make the difference. Music is a seed that must be planted early, and when it is, it can bear great fruit.

RVM: Can you describe some of the musical instruments of these eras?

PO’S: The easiest way to describe this is to say that before the Crusades, “Old Europe” had very little in the way of instruments. Crusaders brought back with them a wealth of instruments, as the Middle Eastern culture was far beyond ours at that time, and instruments such as the “oud” were adapted to a Western scale, becoming the “lute.” The harp also was a part of this, and goes well back to the Middle Ages, when small harps of Spanish and other origins were played melodically. The Crusades also brought back brass instruments, and a wide selection of percussion such as cymbals and simple frame drums.

RVM: Is there a band that was The Beatles of that era?

PO’S: Maybe not a band, but there was a song writer who was roughly the equivalent of Paul McCartney: John Dowland. This amazing lutist and singer wrote both music and texts that were so personal that they set a strikingly different tone from most of the vocal music that predated him. You may remember that Sting recorded an album of lute songs by an archaic composer. That was John Dowland.