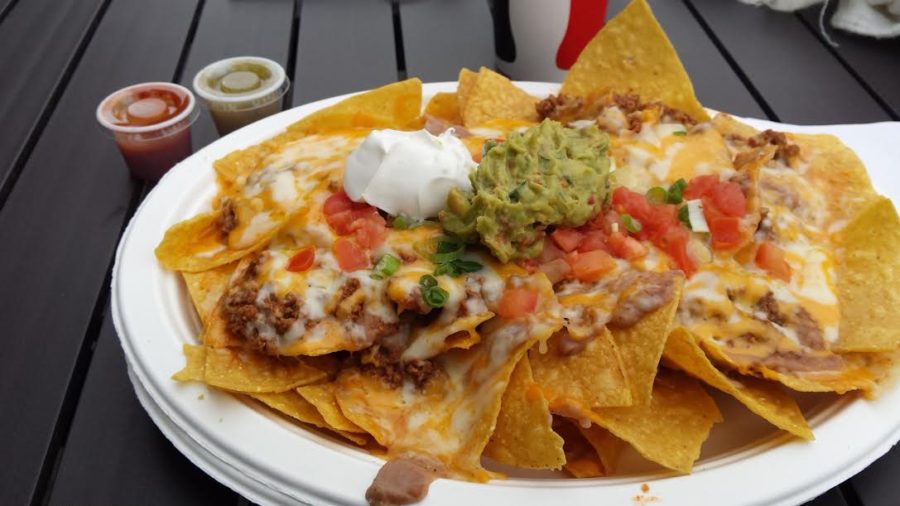 On the far end of Grants Pass, tucked behind Wheeler Toyota, Si Casa Xpress serves up Mexican fare in a drive-through-focused setting. Patrons can walk up to a window and order, but the majority of the business is done via car and speakerphone.

Locals know to take Union Ave or Ringuette Street (to Union) to get to Si Casa, but those headed out Highway 199 to the coast may just pass on by, never knowing that the eatery is just a few turns from the highway.

In winter, lunch and dinner lines that can run several cars deep move with ease. The hut is staffed with three to four employees at a time, quickly working to assemble tacos, burritos, nachos and more while order upon order flow in.

off Beacon Street in Grants Pass. Both are part of the larger Flores empire that comprises a total of four eateries between Phoenix and Grants Pass (there are two additional with the same name, but apparently not associated!). The Xpress version offers much of the same menu as the original restaurant. A few things are missing: fajitas, chile relleno, not to mention margaritas, because unlike New Orleans we aren’t allowed to have drive-thru cocktail service in Southern Oregon. Unlike the sit-down restaurant, the drive-through offers mini tacos at $1.75-$3.95 a pop. The tacos come wrapped in two corn tortillas, choice of meat, cilantro and onion. They can be a little dry, so don’t forget the salsa. One makes for a nice snack, but for those looking for a deal, the two or three mini taco combo is a steal ($4.95 and $6.75, respectively). The combos come with the tacos, refried beans and rice. Throw in a drink and it still clocks in at under $10.

Some people swear by the burritos, which don’t disappoint in the size department. However, it’s the nachos that truly steal the day for others, such as this writer. $6.95 will buy a steaming oval plate of nachos with melty cheese, spicy, seasoned ground beef, guacamole, refried beans and sour cream. A single order could feed a family of three, or serve as an appetizer for a group of 10.

Si Casa Xpress is a great alternative if you’re in the mood for Mexican, but don’t want to go to a restaurant. Families can pile into a car, make their orders and munch on the way home. Those in need of a quick bite can pop on through the drive-through and attempt to eat while driving—probably best to opt for the tacos for those eating and driving. Personal experience has taught some of us that eating nachos while driving just leads to sadness in the form of spilled food.