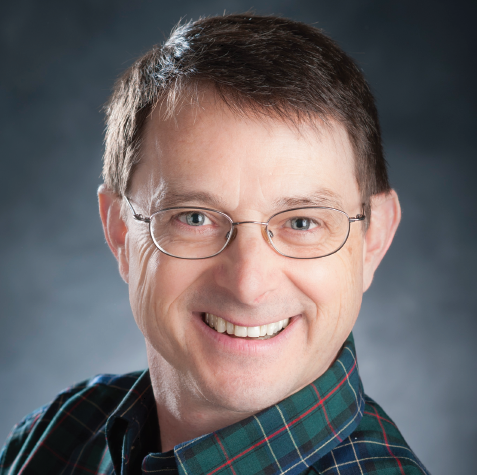 Steven Remington is glad to be back home. An Oregonian at heart, he has gained experience guiding various non-profits throughout the Northwest and beyond, including his most recent Executive Director position at the Lionel Hampton Jazz Festival in Idaho, and is excited to be back “home” and to take the reins at Ashland International Film Festival. The Messenger caught up with him through email to find out a bit more about him and plans for the AIFF.

Rogue Valley Messenger: Though you are moving from Moscow, Idaho, you have lived much of your life in Oregon. What are you most looking forward to in settling back in here in the Rogue Valley?

Steven Remington: Actually, my family moved from Riverside, California, where I was born, to Grants Pass in 1962. It was the worst winter in 50 years, with something like 10 feet of snow and I think it scared my dad a little, so we moved back after less than two years. My memories of that summer though, were some of the most vivid of my childhood, and I vowed to move back to Oregon, which I did in 1977, moving to Portland and calling myself an Oregonian ever since. I love to get out into the outdoors, so I’m looking forward to hiking in the Siskiyous, going to Britt concerts and OSF plays, and of course seeing the amazing films we plan to present.

RVM: Did you ever see yourself working with a film festival?

SR: Honestly, no. I’ve been so closely associated with music festivals and large-scale civic celebrations that it never really occurred to me. I’ve produced sporting events, parades, arts festivals, ice-carving competitions, food festivals and taught festival and event management for years. Now I guess I only have airshows, golf tournaments and weddings left on the list. I think I’ll stop here.

RVM: What do you hope to learn from this job?

SR: The love for this festival is just crazy. It really is the most wonderful thing! I hope to learn more about why a community embraces a particular medium and how to nurture and respect that dynamic.

RVM: What are some of your favorite aspects of the medium of film?

SR: Obviously, there is so much more depth to the storytelling in film.  A song can convey a lot with the lyrics and music, but a film can really have such an emotional impact.  Plus I love the craft.  I’ve always been a nerd for the science and technology aspects of presenting the art. I love to learn how the artists—whether they are musicians getting specific sounds, visual artists using intaglio or encaustic or layers of mixed-media, or filmmakers using new technology—achieve the ultimate effects they’re looking for.

RVM: What is something unique that you bring to this position?

SR: I think I bring an appreciation for the uniqueness of individual communities; my work in places like Minnesota, Arizona, Oregon, and Idaho has each offered different perspectives on the culture and the art of the area. Many people in the festival industry end up spending entire careers in one city. But people do things differently from city to city, region to region. It’s important to understand and honor the traditions and values of the place in which you live. I feel I have a strong sense of place, and Oregon is the place I identify as “home.”

RVM: What are some of your visions for the growth of AIFF?

SR: In 2016 we sold out 108 of 158 film showings. It’s going to be hard for us to grow too much without disappointing our audiences. I think (AIFF Director of Programming) Richard Herskowitz has some great ideas on programming and there are many things on the horizon, not the least of which is virtual reality films. Did I mention this month we were named one of the “Top 25 Coolest Film Festivals in the World” by MovieMaker Magazine? I think our growth has to be carefully managed. Our board has identified sustainability as a chief component of our growth for the future. Then again, did the founders of the Oregon Shakespeare Festival truly have the capacity to imagine what it had begun? I think the sky really is the limit, and our vision must be both collaborative and imaginative. Stay tuned and see what’s in store.

SR: Definitely POPCORN! Although Raisinets are a close second