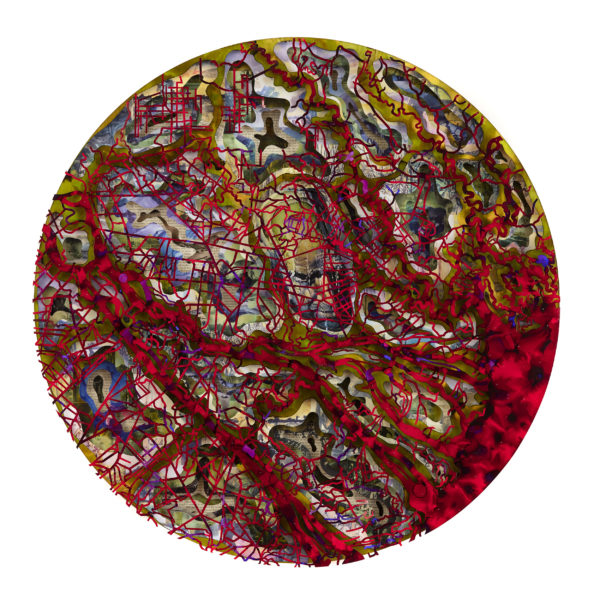 Celebrating its 40th year anniversary and decades removed from the Vietnam War, the heart of darkness film Apocalypse Now continues to impact audiences, and is a centerpiece for this year’s Ashland Independent Film Festival.

The exhibit covers mediums ranging in digital drawing, paper map sculptures, video, and photography. The exhibit is not only to celebrate the classic film, but is to also inspire conversations and debate between those who view the work. “Academic groups my use the work on view to research themes found in ‘Apocalypse Now’ such as western imperialism catastrophes, colonialism, and environmental degradation as well as our lens outward from ethnographic photography to global warming,” he says. “Community groups may engage in these themes as well or they may bring their own personal associations to the work on view.”

Deborah Oropallo’s work will also be featured during this exhibit at Hanson Howard Gallery. Her digital video and photo montages compliments Schneider’s theme of social commentary and global issues.

Malbaurn adds, “Some museum goers enjoy aesthetics and materials used by the artists and to be able to see artwork by artists from beyond our borders in person.”